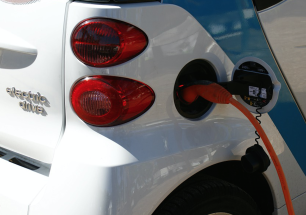 With individuals and businesses across the globe seeking a cleaner, greener way of living it is no wonder that green technology is becoming more and more popular, and more importantly accessible to people from all walks of life. Government funding for plug-in points for electric vehicles is just one area that has been revolutionised in the fight to make green technology fully accessible, however we want to explore where Heavy Goods Vehicles (HGVs) and the fleet operators that manage them stand not just in regards to plug-in grants but the gas stations used by traditionally fuelled lorries and vans?

With the grant scheme for plug-in points revised earlier this year, many electric vehicle owners simply don’t know where they stand when it comes to the latest rules. Whilst the £5,000 subsidy has now been scrapped there is still financial assistance available for owners of qualifying cars.

The amount of funding available may be reduced – those who were eligible for the previous £5,000 grant will now only qualify for a £4,500 or £2,500 grant – the new tiered system currently in operation is designed to make the process of accessing this funding easier with efficiency categories clear for all to see. As well as making the application process more straightforward, the changes also identify a greater range of efficiency, meaning electric cars that did not qualify before 1st March 2016 may now be eligible. The rule of thumb with the revised grant however is the more efficient your electric vehicle is, the higher the grant available to you.

Are trucks eligible for funding under the revised grant?

Previously the grant was only available to smaller commercial vehicles, with those eligible weighing up to 3.5 tonnes, however the government has recently extended the eligibility of the grant, meaning larger electric vehicles now qualify. An additional £4 million has been added to the scheme with electric vehicles, more specifically trucks, of 3.5 tonnes and over able to access funding of up to £20,000.

The move is all a part of the wider mission to reduce emissions from UK transport use, and for many fleet managers the grant extension is welcome news, particularly as more and more businesses re-evaluate the green credentials of their commercial vehicles. This recent expansion into vehicles over 3.5 tonnes will also make car manufacturer Nissan’s statement about electric vehicle charge points outnumbering petrol stations by 2020 even more of a surety.

What does this mean for traditionally fuelled vehicles?

While fleet managers and other commercial leaders are using recently granted access to government funding to make investments in electric vehicles, many may think that support for traditionally fuelled HGVs has fallen by the wayside. However, efforts are being made to ensure all vehicle types are being catered for as the number of gas refuelling stations for HGVs increase.

After the UK’s first grid-connected compressed natural gas (CNG) station was introduced back in March, more and more refuelling stations are appearing on-route, with one of the latest new developments at the Port of Liverpool in Seaforth opening its doors around the clock to HGVs and other commercial vehicles looking for fuel. Another state of the art, Liverpool based refuelling station is also under development and this too promises 24 hour refuelling facilities when it opens in early 2017.

In addition to refuelling stations increasing nationwide, there are also plans for 10 more CNG stations in the pipeline thanks to the partnership between HGV refuelling experts ENN and Pro-Petro Ltd.